How do you feel about your income? Could you be earning more than you are now? Underearning affects so many women who are not being paid as much as they are worth. Even if you are currently underearning, financial empowerment is within your reach.

In this 2009 episode I interviewed Barbara Huson, then Barbara Stanny. Barbara is a coach and author who is on a mission to motivate women to become financially empowered. She is the author of several books including: Overcoming Underearning, Prince Charming Isn’t Coming: How Women Get Smart About Money, and Secrets of Six-Figure Women: Surprising Strategies to Up Your Earnings and Change Your Life.

Barbara grew up wealthy. Her father was the “R” in H&R Block. She never had to think about money. But shortly after Barbara got married, she found out her husband was a compulsive gambler. He went on to lose millions of her inheritance. It wasn’t until after her divorce, and after her ex-husband had left the country, that Barbara started getting million dollar tax bills for back taxes and illegal dealings that her husband had been involved in. That was the moment that Barbara realized she needed to get smart about money.

“I felt so stupid about money. My eyes would glaze over and my brain would fog up any time I looked at anything financial,” Barbara says in this episode. Now she is a financial expert who teaches other women financial literacy and how to earn what they are worth.

Do you feel that you are earning what you are worth? I invite you to work on your mindset to get to a place where you truly understand the value of your work. Be cautious of the energy and the people that you let yourself be around. Step fully into your power.

Your voice matters! Make sure you subscribe to the show and leave a review in Apple Podcasts. Tell me what you love and why you’re here and maybe you’ll hear a shoutout to YOU in a future episode! 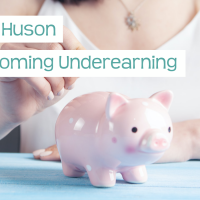 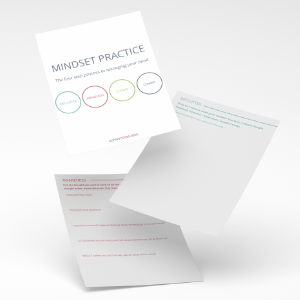