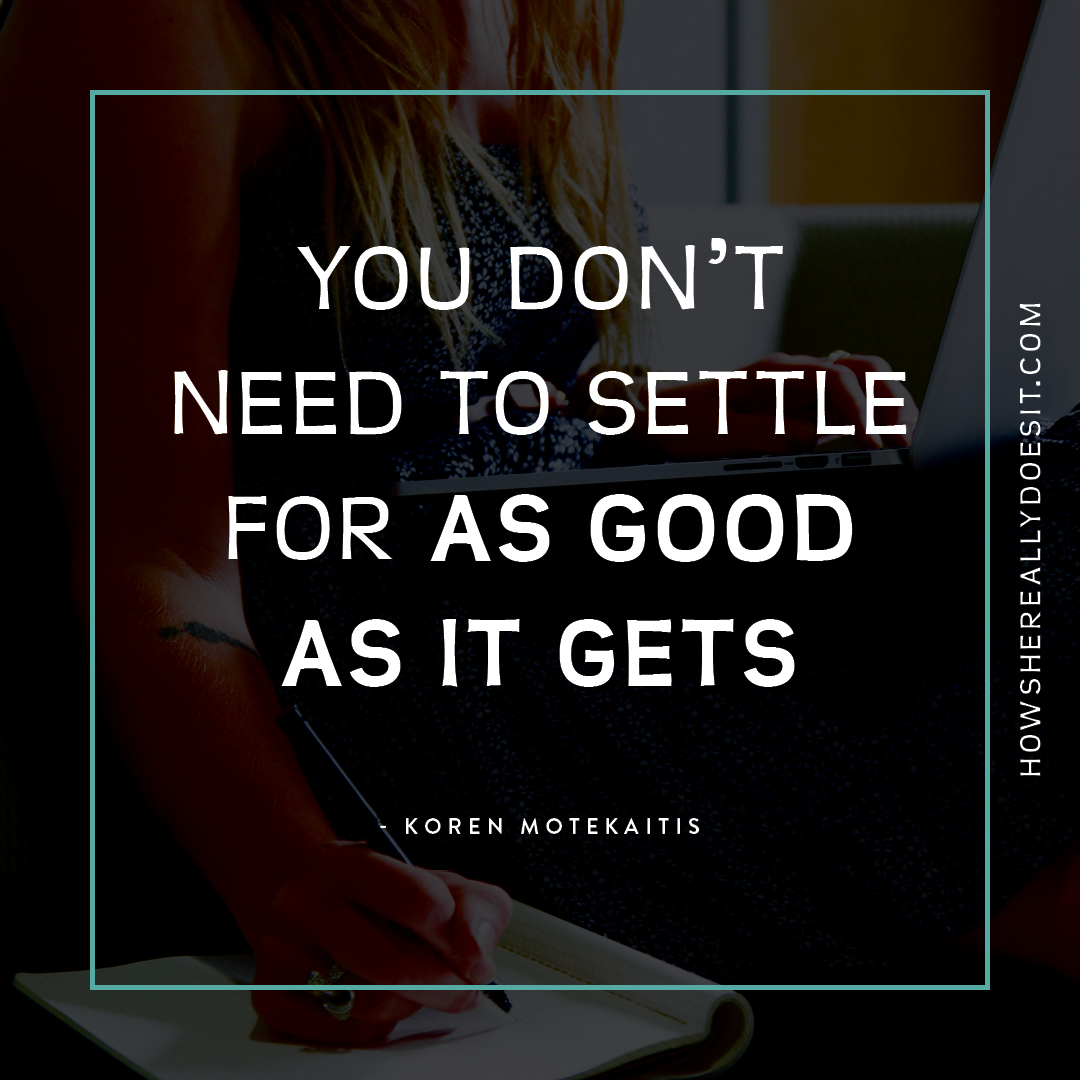 Do you remember the 1997 movie As Good as It Gets? Jack Nicholson and Helen Hunt playing people who were settling for a good-enough life.

I hated that movie.  Because it was my life and I didn’t want to accept it.

Even back then, I knew I was climbing the wrong career ladder. I was a tenured college professor and swim coach. Job security and financial stability. On paper, my job looked great.  It had flexible hours. 164 contracted days a year. Benefits and pension. I was also the head swim coach – the big cheese.

This is what golden handcuffs look like. Good on paper, unhappy in real life. For years, I wanted to leave but I told myself my life was as good as it was going to get.

Lots of tears, lots of despair.  I was living in the swampland with my pitched tent and campfire continuously burning. I hated my job, but I stayed. I was exhausted. My friends were exhausted. Some even ran out of the swampland, never to return. Some stayed and we continued our pity parties, around the campfire.

There was a little voice inside of me. The voice said there is something more, go. But how could I replace my income? I would hurt my family by leaving. What if what I had was as good as it gets?

The voice grew louder. The pain of living in golden handcuffs got worse. Eventually, I had to take them off and walk away. It was terrifying. Many of my peers did not understand why I would leave something so good. For a long time, I didn’t understand either. Finally, I realized that my values didn’t align with where I was working. It wasn’t a bad job, and I wasn’t bad at it. It just wasn’t my job. That’s the nature of golden handcuffs. They look good, but they don’t feel good.

That doesn’t mean you have to leave your job to take off the golden handcuffs. But it does mean that it’s time to listen inward to you and take small steps towards creating what you want. It could be in your current job or it could be moving towards a new one.

P.S. Do you have your Mindset Journal yet? 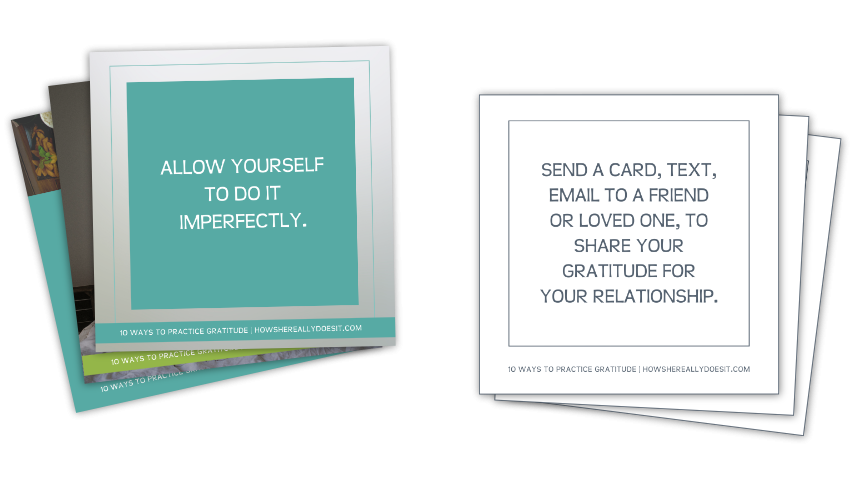